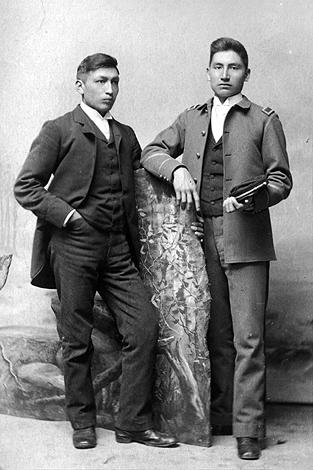 From the Cheyenne and Arapahoe Sword we see that Paul Goodbear and Miss Eaglefeather were married on the 25th of June.  The ceremony was performed at teh home of Major and Mrs. Stouch. Paul and his bride will make a wedding tour East, taking in teh Exposition at Buffalo, and spending some time at Philadelphia.  The contracting parties were at one time students of Carlisle and are remembered very well by some of our people.