In an effort to compile as complete a listing possible for students who were enrolled at the Carlisle Indian Industrial School, Barbara Landis and Genevieve Bell are collaborating in their research work.  Bell spent nine months at the National Archives (NARA) developing a database of the student folders in Record Group 75, File 1327.  Landis has taken the names found in the weekly/monthly publications, photograph albums, and census records, and refined them for inclusion with Bell's NARA list.  The list is organized by nation. 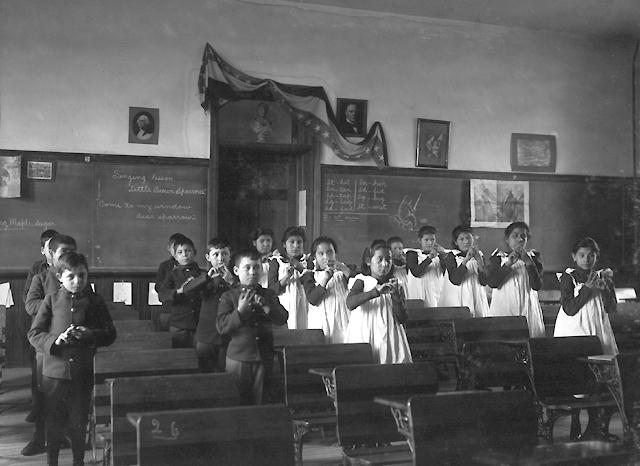 Landis and Bell recommend the following sources for those interested in learning more about the Carlisle Indian School, the dozens of off-reservation boarding schools modeled after Carlisle, and the assimilationist movement of the late-19th / early 20th Centuries.  Comments are the opinions of Landis and/or Bell.

What follows is a list of the newspapers published by the United States Indian School, Carlisle, Pennsylvania.  These primary sources are highly propagandistic.  They were written by Indian School students as part of their Printing Training, under the heavy editorial eye of the school administrators, especially the founding father, Richard Henry Pratt, whose tenure at Carlisle covered the period from 1879 until his dismissal in 1904.  Each issue of the monthly magazines espoused some philosophical article pertaining to the merits of assimilation and/or allotment.  The weeklies typically held news items for events at the school and of students who participated.  Also included in these was news of former students chronicling their lives as reported in their letters back to "dear old Carlisle."  As you will see below, the names of these papers changed frequently and tracking this is somewhat confusing: